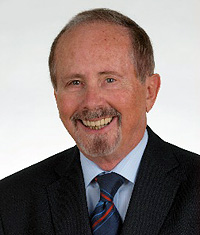 Milan Grundmann founded the first Department of Clinical Pharmacology in Ostrava in the Czech Republic in the year 1978 and five years later he introduced TDM of antiepileptics and antibiotics. Currently, more than 100 different drugs are here analysed. In 1993, he founded the Section of TDM section of the Pharmacological Society and since then he has participated in the organization of 24 national TDM conferences, which were attended by prominent experts from around the world (repeatedly Prof. Jelliffe and Prof. Sjokvist, Prof. Walson, Prof. Neef, Prof. Bergmann, etc.). He organized two satellite symposia with prof. Sjokvist at the European Conferences of Clinical Pharmacology in Poznan and Istanbul on the importance of TDM in clinical practice. In 2014 he was the organizer of the 1st European Conference of IATDMCT in Prague and in 2017 the 13th EACPT Conference also in Prague. For 20 years he headed the Section of Clinical Pharmacology of the Pharmacological Society and later an independent Czech Society for Clinical Pharmacology. For 20 years he has been lecturing clinical pharmacology at the Medical Faculty of Palacky University in Olomouc and now 10 years at the Medical Faculty of the University of Ostrava, with a significant focus on TDM as one of the foundations of personalized therapy.